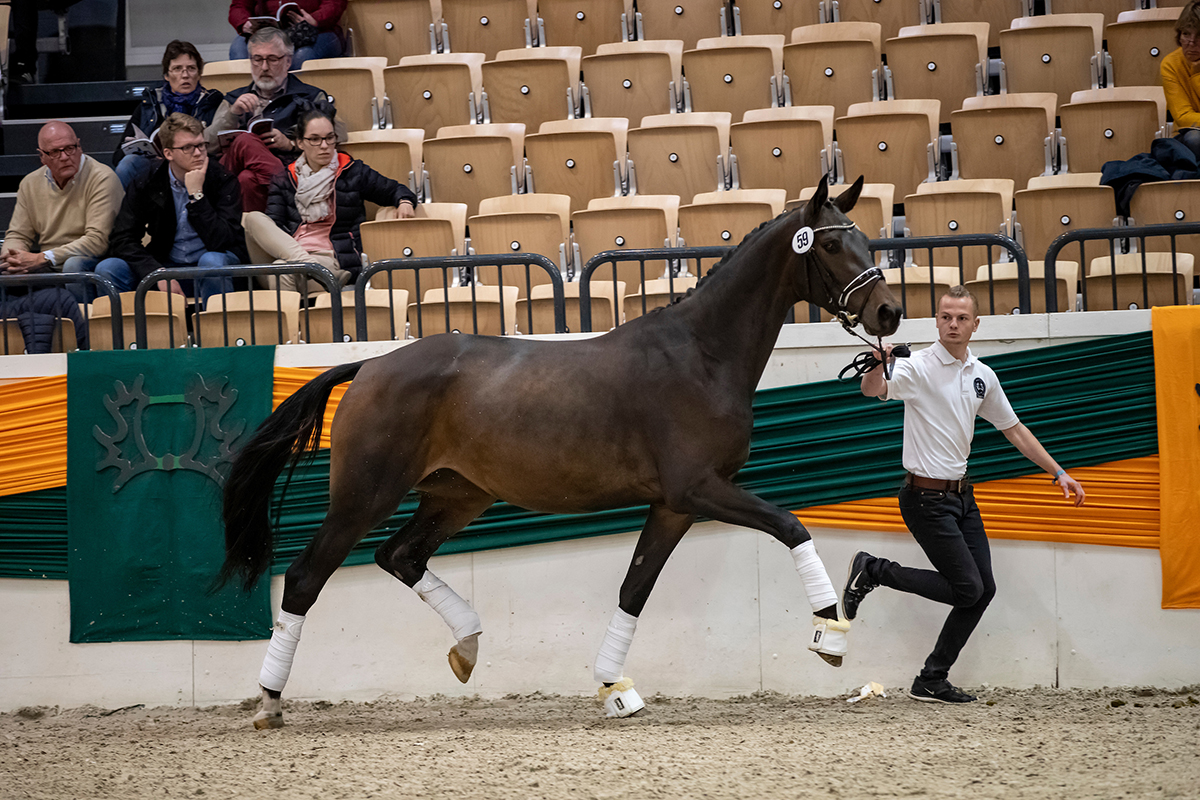 For this year’s Trakehner stallion market many descendants of Hörsteiner stallions had qualified again, for example in the mare collection. This is where Impala of Tarison attracted attention. The two-year-old Brown stood for athleticism, powerful dynamic movement presence and performance needle. For € 14,000 she was sold to North Rhine-Westphalia. Pacacha was also a daughter of E.H. Cadeau represented. „The posh pacacha appears in a great setting, moves as light as a feather and accentuates and makes an excellent business card for her father,“ said the three-year-old in the catalog. It cost € 24,000 and was sold to Hamburg.

The foal collection was with Coram publico, a grandson of E.H. Cadeau, the winner of the foal championship in Hesse represented. Also a granddaughter of E.H. Sixtus was in the catalog.

The riding horses were mainly the black and brown E.H. Cadeau son Ancelotti in focus. The reserve champion of the three-year-old riding horses became the second-highest horse of the auction and went to Austria for € 55,000. With Danube prince was another E.H. Cadeau son in the collection. The expressive athlete type with performance profile cost € 24,000 and went to Baden-Württemberg. Heide-Cardofine of E.H. had also qualified. Cadeau. She scored with the best interior and exemplary rideability values.