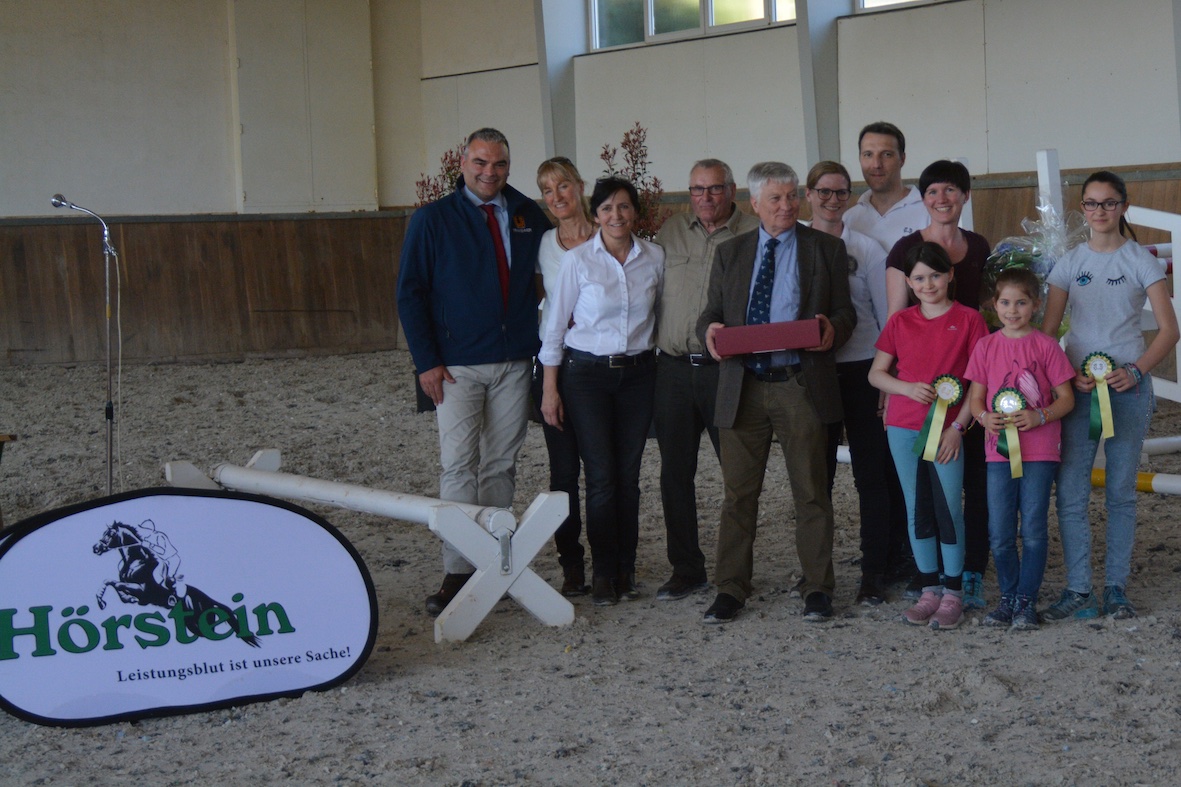 Pictures of the Free-Jumping-Cup are now online

In the age of three and four, the Octavian daughter Ronja was able to secure the victory with an overall score of 8.0. For technique and fortune the mare from the breeding and the possession of Albrecht stone got in each case a 8.5

Second place went to Sixtana from E.H. Sixtus. She comes from the breeding and possession of Udo Schmittberger

Third was Sirtaki by Waitaki bred by Ursula Kurz and owned by Petra Darmstädter.

The four- and five-year-olds won with 8.5 Hector von Millenium. He comes from the breeding of Horst Briel and the ownership of Carolin Bauer.

Third place went to Isidor von Tarison, bred by Huguette Heisbourg and owned by Annabell and Kristin Grebner and Rufus by E.H. Sixtus, bred by L. Thiel and owned by Corinna Wolf.