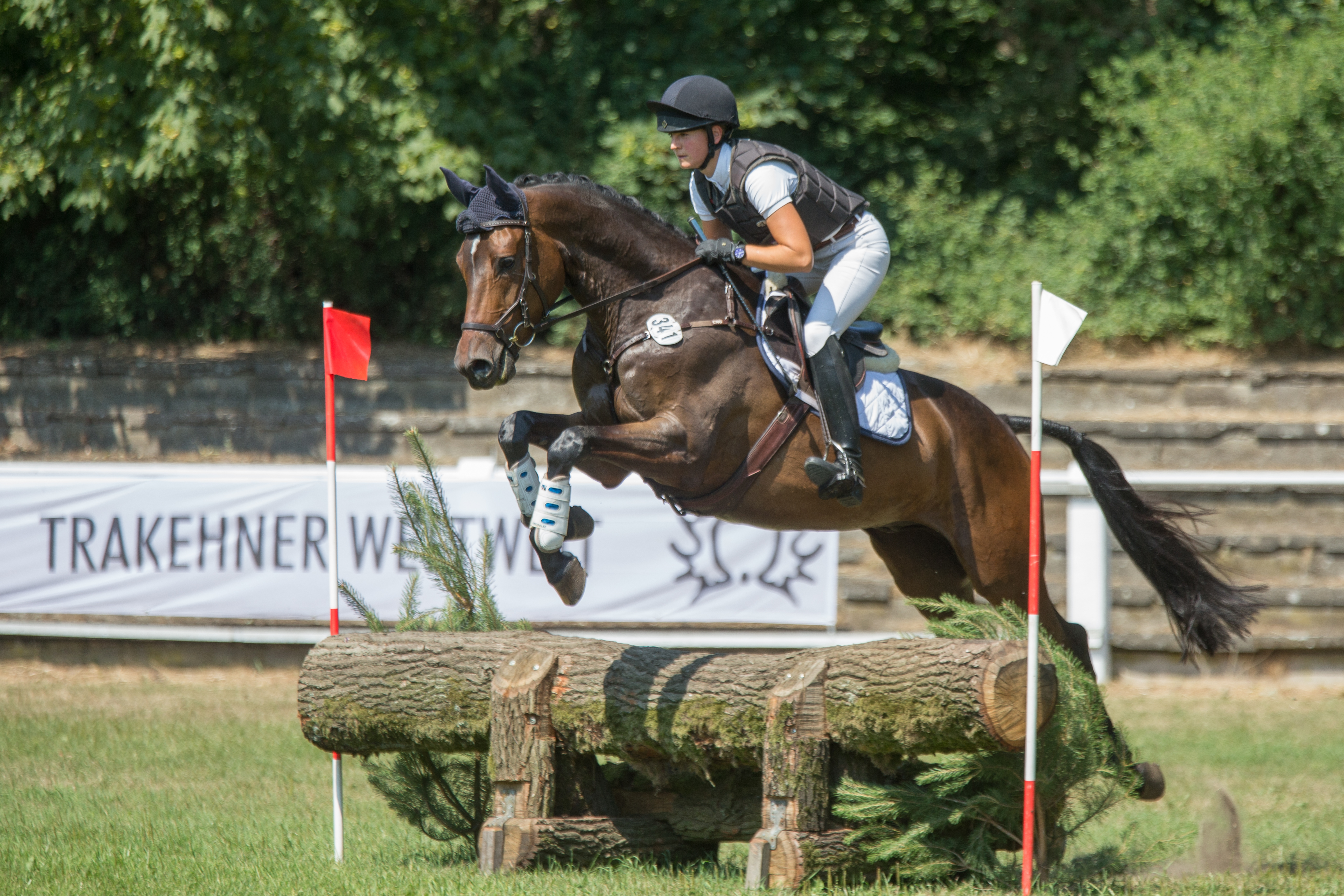 Skyjacker by E.H. Sixtus from an E.H. Cadeau’s mother is on the road to success

Skyjacker by E.H. Sixtus has not only shown what is in him at the national tournament. Under his rider Sophie Leube, the four-year-old has already achieved various placements in dressage and show jumping exams up to class A **.

The former stallion prospect, who has already been certified by Neumünster by the breeding director of the Trakehner Verband, Lars Gehrmann, to be a “candidate for the bush”, is also on course for success in eventing. In Münster, he won a suitability with terrain obstacles of class A and in Emsdetten he came in the same test on the third place. At the federal tournament, he finished second in the aptitude test with terrain with a score of 8.83.

After the efforts of the federal tournament with five starts and four placings, the young gelding now gets a three-month break before moving on to the winter.