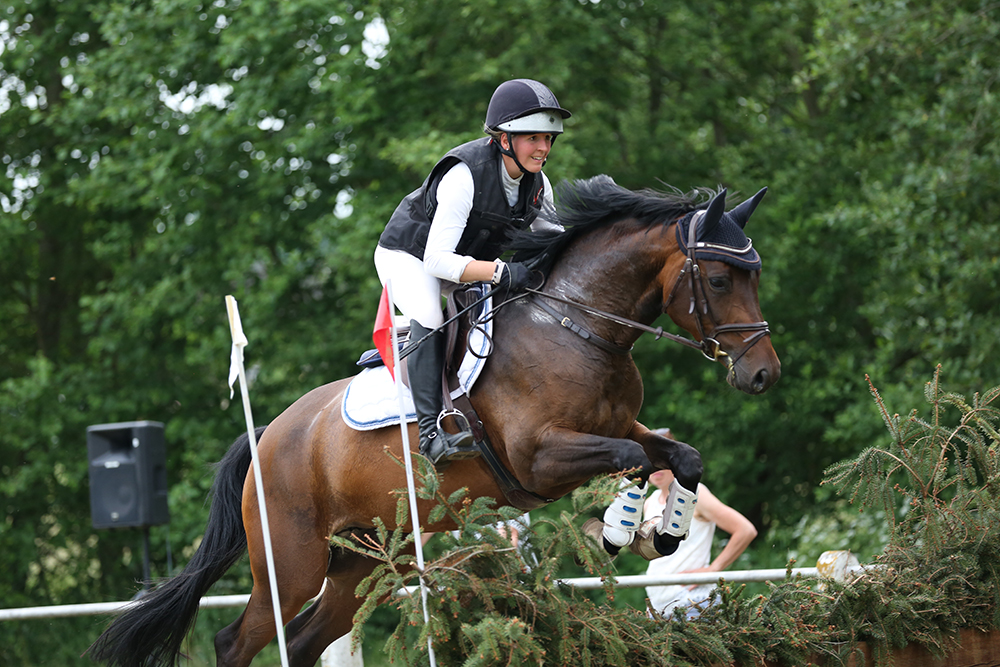 Tarison’s offspring in the eventing

The Trakehner Tournament Sports Community (TTG) regularly organizes sighting days and perspective courses. A large number of Tarison’s offspring attracted attention. Jennifer Bergmann-Krüger presented the proven five-year-old Aslan from Tarison-Lafayette in Phöben, Brandenburg, who participated in the eventing event in the Bundeschampionat in 2019. As usual, he was safe and willing to perform. Manfred Junkert also bred Aslan’s full sister Adriana, who was one year younger. Under the saddle of Bergmann-Krüger, it showed an equally great basic potential.

Forrestine was also at the start in Mailham. The five-year-old daughter of the Tarison is highly successful in tournament sport under Florian Frisch and also showed two nice rounds at the Bundeschampionat in 2019. The half-blood mare was also able to demonstrate her skills at the sighting day in Bavaria.

Aramis and My Present, two E.H. Sixtus offspring as well as Chopin by Waitaki and Cocolina Deluxe by Couracius.