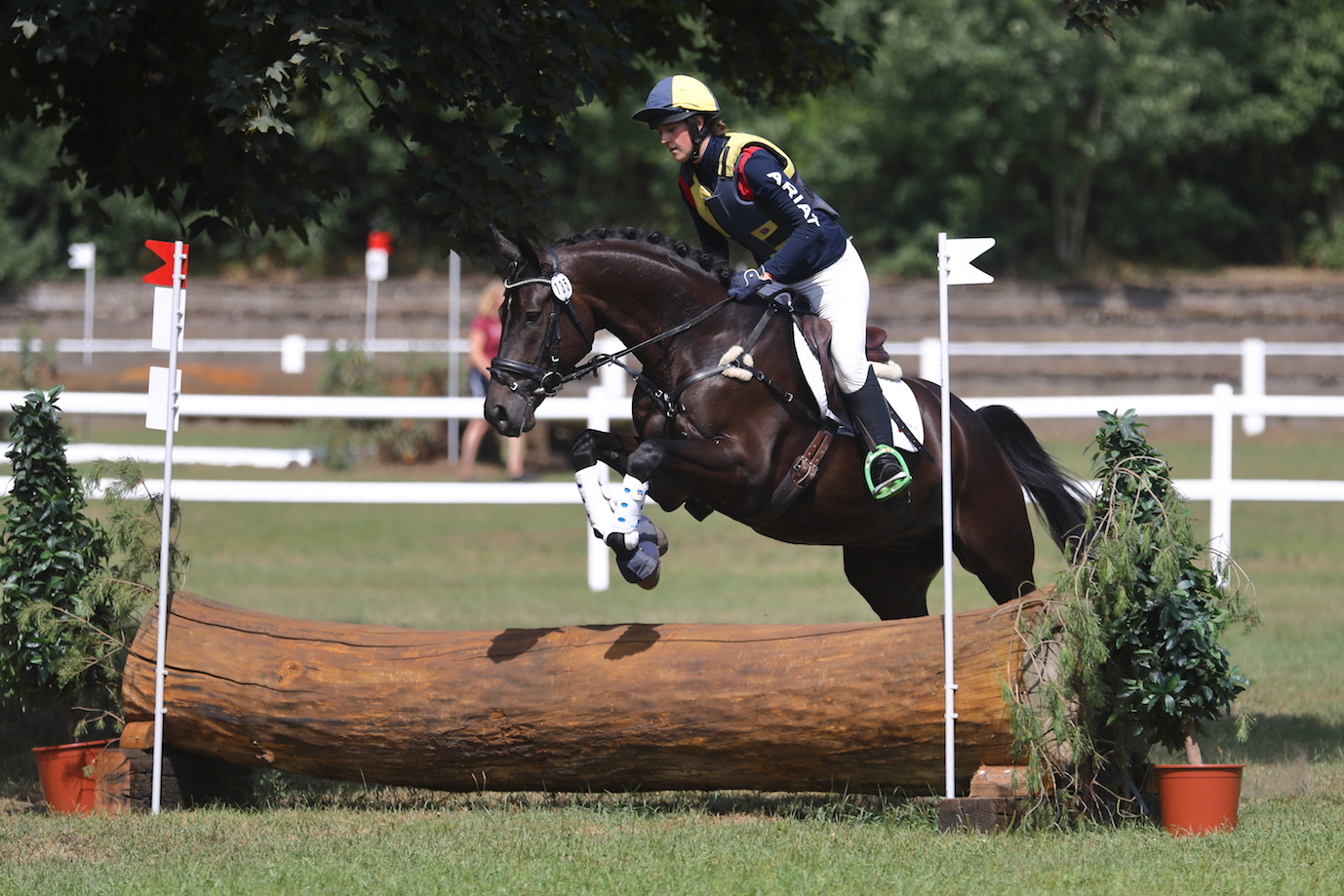 Descendants of the Hörstein stallions were also successful at the Trakehner Bundesturnier:

Gentle Herman by Lehndorff’s- Beg xx (Foto: Stephan Bischoff) from the breeding and possession of Dr.  Brigitte Westbrock came in sixth in the field horse championship, an aptitude test for riding horses with terrain. It also went super in the combined exam class A **. Here the couple landed in second place. Also in the aptitude test class A for riding horses it went well. The pair came in third place here – just like in the A-level show jumping class for five year old horses.

In the same test, Forrestine of Tarison came in fourth place. The mare from the breeding and the possession of Dr. med. Annette Wyrwoll was piloted by Florian Frisch.

Also under Florian Frisch ranked Osterlicht 2 of E.H. Cadeau in third place in class A *. The pair had just behind Aslan by Tarison from the breeding and the possession of Manfred Junkert with his rider Jennifer Bergmann-Krüger. Aslan also came in second in the qualifying test class A for riding horses.

Palma of Waitaki won the Springprüfung Klasse S. under Ricarda Vollmers. The mare was clear in the fastest time.